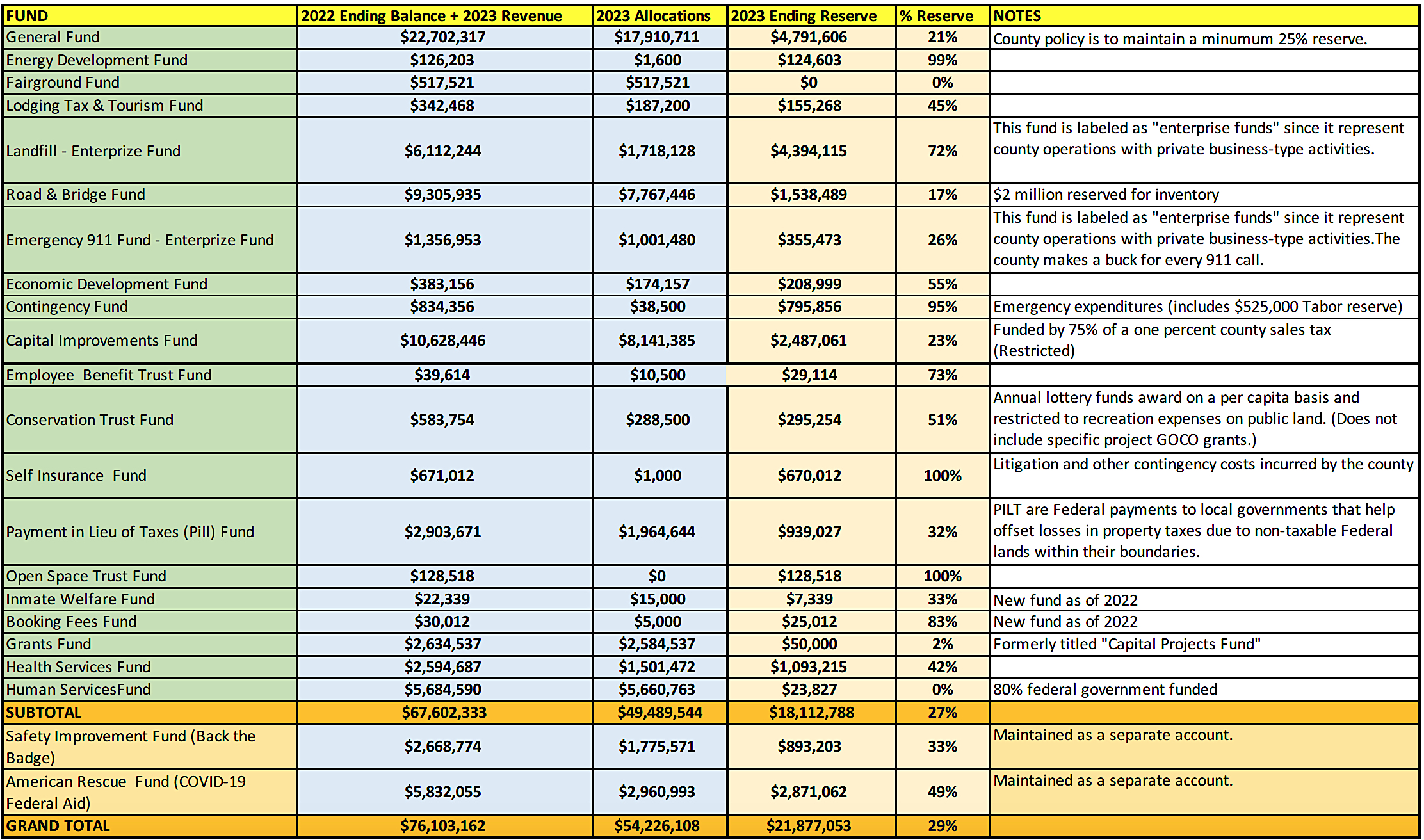 JOANN KALENAK, DCCR SENIOR BLOGGER — County Administrator Robbie LeValley opened the 2023 Draft County Budget with an overview. The key points include total expenses of $54,226,108, which is a significant increase over last year’s $40,641,200 in appropriations. Revenues, however, are projected to be $42,613,866. The $11,612,242 shortfall will be addressed with reserve balances.

The primary reasons for the increased budget are major construction projects scheduled for 2023 including a county detention facility remodel at an estimated cost of $4.3 million funded by a grant, PILT (Payment in Leu of Taxes) and American Rescue (COVID-19 relief) funds. The county also plans to spend $1.6 million to remodel the Carnegie Library building into new Sheriff Department offices and finalize the purchase of the Brown Building, adjacent to the county campus in Delta, at an estimated cost of $800,000.

The county plans more investment in One Delta County, the county-sponsored economic development organization, by funding the full cost of its Director and providing office equipment, a location and administrative support.

A 2022 Intergovernmental Agreement between the County, City of Delta and the Library District obligated the County to $2 million plus one-third of all cost overruns to extensively remodel the old City Market building in Downtown Delta into a new Delta Branch Library. To date, the County has spent $361,000 and plans an additional $1.8 million in 2023. Capital and sales tax allocations from the County to the Library District of $50,000 and $87,877, respectively, will continue unchanged, as it has in past years.

Of the almost $6 million in American Rescue Act funds held by the County, half will partially fund the renovation of the first and second floor of the detention facility. In addition, the County has allocated close to $90,000 in payroll expenses to administer this fund in 2023. The remainder of the COVID-19 relief fund is uncommitted and will remain in reserve

County Administration and Commissioners will present the proposed budget to the public on Nov. 30, 2022 and adoption is expected in early December.