At this morning’s public meeting, Commissioners grappled with — and ultimately approved — Elam Construction’s application to expand an existing gravel pit that they’d recently purchased at the intersection of Hwy 65 and 92. Commissioners, however, denied the applicant’s request to add a hot mix mobile asphalt plant to its operation.

About fifty residents attended the public meeting in-person and virtually via Zoom. Several spoke to Commissioners and voiced their concerns about the asphalt plant in particular. County Commissioners back in 1999 told residents that such a plant would never be permitted at the location and, in fact, included that condition in their resolution to approve the original gravel pit.

Commissioner Don Suppes voiced his regret that past commissioners had made such an agreement saying “never say never,” but acknowledged that a promise had been made to the community. Ultimately, his fellow commissioners agreed.

Just before the vote, Commissioner Wendell Koontz scolded some residents for what he called “unnecessary hyperbole toward commissioners” in regard to the proposed application. We assume he’s referring to protest floats on the Gunnison depicting Elam Construction as a shark swallowing local residents with support from County Commissioners and other public expression. 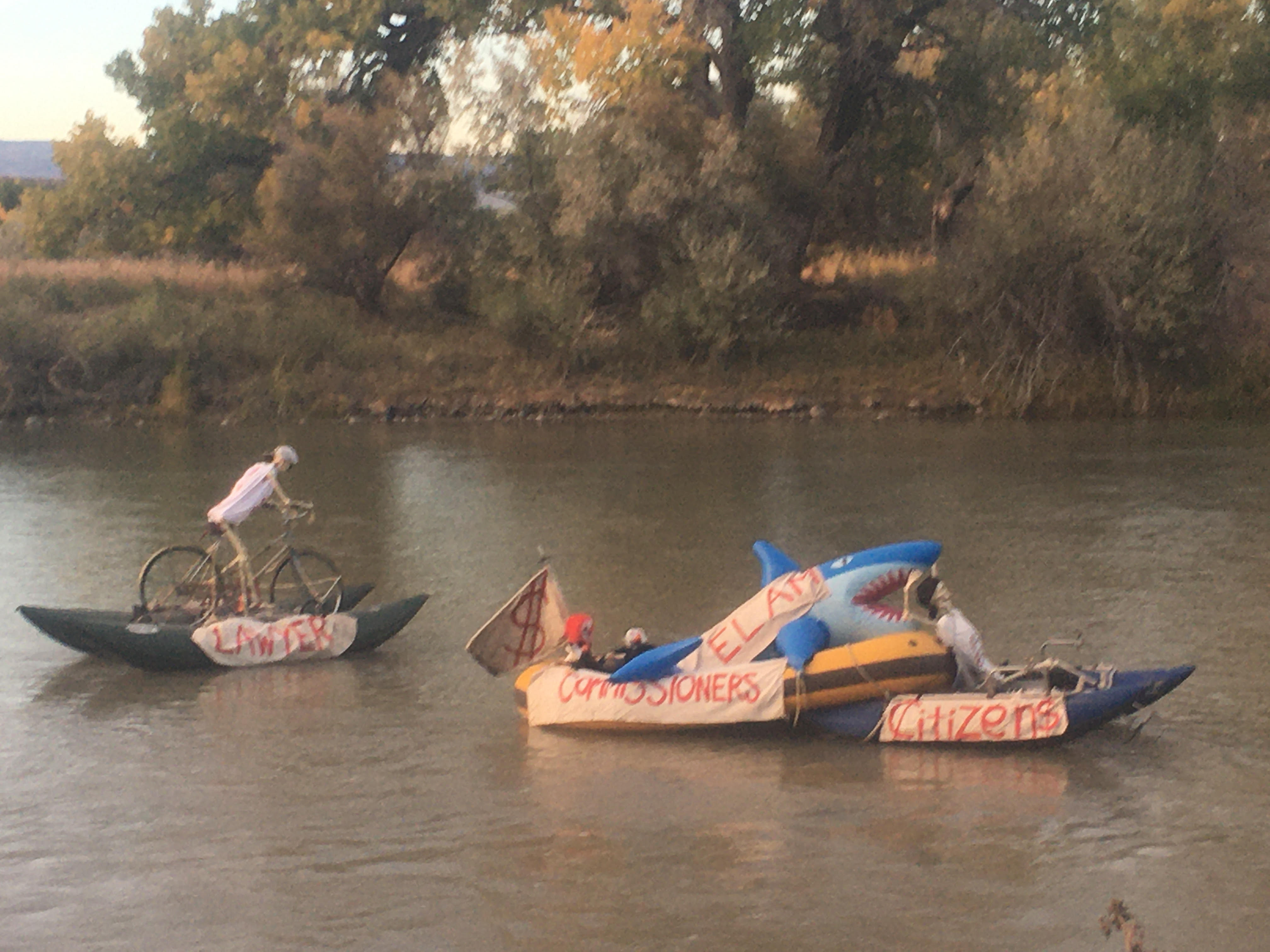 Commissioners decided to hold a work session to discuss options to address an intersection well-known for accidents — sometimes deadly — at Steward Mesa and Crawford Roads in Paonia.

Speaking on behalf of members of the Lambert Grange, Judy Reed told Commissioners about a recent accident at the intersection where she “cradled the head” of someone trapped inside a vehicle who was struggling to breathe. “That intersection is been a problem for 40 years,” she added.

Grange members have joined together the gather stories about incidents at the intersection that have occurred over the years and plan to pass those stories on to Commissioners in an effort to highlight the problem. Reed also gave Commissioners several suggestions including installing a roundabout, flashing stop signs and curving shallow ditches just before each of the four intersection points.

County Opts Out of FAMLI Program

Delta County joined dozens of other local governments around the state today to opt out of participating in the state’s new Family and Medical Leave Insurance (FAMLI) Program.

Delta County Human Resources Director Michelle Baier made the recommendation to opt out at this morning’s County Commissioner meeting but noted that employees can opt in on their own and work directly with the state.

The program, approved by voters in 2020, is mandatory for most private businesses, but is optional for local governments, and is designed to allow employees to apply for a portion of their weekly wages in order to deal with their own medical needs, or those of their immediate family members.