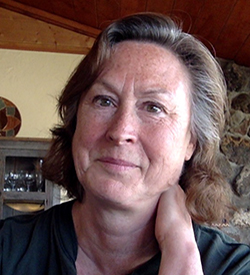 JOANN KALENAK, SENIOR BLOGGER/DCCR — In his latest editorial column, DCI publisher Dennis Anderson sounds like a mouthpiece for county government. After I read his commentary on the July 20 Independent Ethics Commission hearing concerning a complaint I’d filed in 2019 against County Administrator Robbie LeValley, I thought, “What hearing did he attend?” He misquoted much of the testimony and his interpretation is counter to anyone with ears.

Moreover, he clearly has no idea what it means to be a public servant with a statute-mandated responsibility to protect the public’s trust, or his duty as a publisher of a newspaper that is supposed to hold government accountable. There’s a reason why we have a First Amendment and it’s not for the media to be complicit but to ensure an informed citizenry and protect democracy. And that includes upholding the public trust

Once you get through his half sentences, cheap shots and bad jokes, Anderson tries to describe an innocuous scenario where the CEO of the county was just doing what she was told. Attorney Chris Mochulsky asked LeValley “if a commissioner were to ask you to do something illegal, would you?” After a scary drawn-out hesitation, LeValley replied “nooooo.” And when asked if she could refuse the use of her credit card, the answer was, of course, “yes.” Public Information Officer, Darnell Place-Wise said it best when asked if LeValley had purchasing discretion. “Of course, she’s the County Administrator,” she said. LeValley also told ethics commissioners she had discretion to sign purchase orders like those she’d signed for the two purchases noted in the complaint.

Anderson further whined that Mochulsky kept asking the same question concerning LeValley’s involvement in Homestead Meats. That’s because she was grossly evasive, so much so that one ethics commissioner stepped in and tried desperately to get a straight answer from LeValley without success.

Other testimony showed that the purchases could have been easily made from Callaway Meats, a local meat processor, since the county uses this vendor most often and, in fact, made other purchases from them for the event in question. Commissioner Don Suppes testified that he had asked that local products be used at the county fair but he did not specify from whom. Homestead Meats is another processor of meat — 70% of which is local according to a recent DCI article. But there are many direct-source ranchers in Delta County whose products are processed in USDA facilities that would have fit the commissioner’s bill and without impropriety.

The law is pretty clear about using taxpayer dollars to purchase from a company in which a government employee, or relative, has interest. County policy has this same “conflict of interest” clause and while the ethics commissioners couldn’t put the weight of law behind policy, most taxpayers certainly do.

As for Anderson’s convoluted credit card comments, I wondered “Who’s on first?” Let me unravel the misinformation. Several witnesses testified that LeValley had a credit card, one that could be accessed by department heads until early 2020 when they were issued their own cards.

This means she lied about not having a credit card prior to November 2018. Delta County Citizen Report (DCCR) filed two CORA requests in September 2019 calling for credit card information and on both occasions were told that LeValley did not possess a county-issued credit card until November 14, 2018, five years after her hire. The scant information that was provided formed the basis of my complaint. Adding insult to injury, on March 4, 2021, DCCR sent the same CORA request that had been sent in 2019, but, this time, were told that the information would cost more than $4,000.

Let that sink in. We asked for credit card information in 2019 and received a handful of spreadsheets at no charge. Then, in 2021, a hefty price was demanded for the same information. Besides being a gross violation of CORA law when the information was originally withheld and later, priced out of the market, it begs the question: What is LeValley and the county desperately trying to hide? This may sound like conspiracy theory to you, Mr. Anderson — I call it good journalism (journalism YOU should be doing rather than leaving it to citizen reporters).

I’m confident we proved our case and hopeful that the ethics commission will find LeValley in violation of the public’s trust. Whichever way the decision goes, LeValley’s performance at the hearing signals that this may be just the tip of the iceberg.